At present, almost every part of our life is facilitated by technology, which makes it the most powerful sector associated with the global economy.

There are so many tech companies sprouting up that it is tough to keep up.

If you are interested in knowing about the top ten tech companies in the world today, just take a look at the list given below.

When talking about the most valuable tech companies in the world, Microsoft is always a prominent name. The market capitalization of this entity has reached upwards of $1 trillion.

Apple is second on the list of top ten tech companies in the world today. The market capitalization of Apple is currently around $1.38T.

People are crazy about Apple products, especially the iPhone. Some other popular products include computers, laptops, smartwatches, tablets, and more.

Intel is a semiconductor giant that came into existence in 1990. It played a key role at the time of the personal computer revolution. At present, this company is also making chips for smartphones and tablets.

The most notable divisions of this company include Mobileye and Internet of Things Group (IOTG).

The value of this company is evident from the fact that its share price is well over $2,400. Although Amazon is better known as a retail seller than a tech company, it also owns a computing division.

This part of the company manages to bring more than 15% of the company’s annual revenue. Moreover, being the world’s biggest online shopping company, Amazon deserves a place among the top ten tech companies in the world today.

This is another virtual trading platform that belongs to China, and it attracts the attention of buyers from all around the world. It was founded on April 4, 1999, and it continues to offer B2B and B2C services.

Besides that, Alibaba has also provided cloud computing and electronic payment services. Ant Financial Services Group is among the biggest FinTech companies in the world, and it is an Alibaba affiliate.

Tencent is another Chinese giant. It is a prominent venture company, and it is one of the largest companies associated with the gaming industry. Some of its popular game brands include “Arena of Valor”, “League of Legends”, and “Fortnite”.

A market value of $662 billion suggests that Facebook deserves a position among the top ten tech companies in the world today. It is one of the most expensive and fastest-growing businesses.

More than 2 billion people connect through Facebook. Recently, the company has also focused on some other ways to grow. It has acquired several popular apps and social media platforms, like Instagram, WhatsApp, Messenger, and Oculus VR.

Samsung is a renowned brand that is associated with different tech-related businesses, including mobile communications, consumer electronics, and device solutions.

When it comes to smartphones, Samsung is the biggest contender of Apple. At present, a great chunk of Samsung’s revenue (about 40%) comes from the smartphone division.

Taiwan Semiconductor Manufacturing Company, commonly known as TSMC, is a chip and circuits manufacturer. It has surged as the largest semiconductor foundry in the world.

The products manufactured by this company are used in communication devices, computers, automotive, consumer electronics, and industrial equipment.

AT&T is one of the biggest players in the telecom industry. Besides that, the company has also captured a major share of digital entertainment segments.

It has become the largest Pay-TV provider in the U.S. After a successful merger with Time Warner, the company created WarnerMedia.

The above-mentioned tech companies are still growing at a fast pace. These companies are popular, too, as they play a key role in serving almost every sector of the consumer pool.

As more and more technological advancements are making their way into our lives, most of these companies are offering excellent customer services. This allows them to win the hearts of more people. 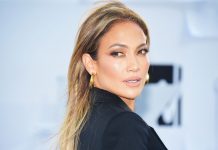 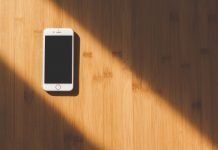 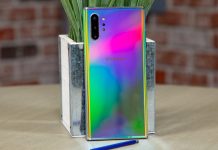 The Top 10 Gaming Phones for the Ultimate Experience

Did You Know Kelly Ripa was a Child Star?