For years, with her groundbreaking hits and fierce choreography, Beyoncé has swept the planet off of its collective feet. However, her underestimated little sister, Solange Knowles is no less a queen herself.

There is no doubt that the Knowles sisters are good players in music, but there are just a few things Solange can do better. The work of Queen B is truly legendary, but Solange’s music is more creative.

Her music is eternal, and it does not sound like everything else in the industry that’s out there. Do you want to know more about how this exceptional talent is amazingly underrated? Here are five reasons!

Solange Wrote Some of Beyonce’s Songs

Both Beyonce and Solange have careers in the same industry, are both world-famous, are style icons, and both create visual music videos focused on art. There is a history of affection and encouragement between the sisters.

However, much variation exists between them, which flies in the face of tradition that would appear to pit them against each other. While Solange may be the younger sister, she has had a profound impact on Beyoncé.

In reality, she wrote two of the most danceable and overlooked hits by Beyoncé, ‘Upgrade U’ and ‘Get Me Bodied’ – both from the B’Day album.

She is a Born Artist

Solange’s large-scale production through art exhibits – ‘An Ode to’ at the Guggenheim in May 2017 and ‘Metatronia (Metatron’s Cube)’ at the Hammer Museum at UCLA in April 2018 – were extremely impactful.

This is true especially given their reach and how they focused on typically white spaces. Beyoncé and Jay-Z shot the music video for ‘Apesh*t.’ The power pair can be seen performing black versions of classic European art in the music video.

Solange Knowles began working on her debut album Solo Star at the age of 14, which included American producers such as Jermaine Dupri, The Neptunes, Linda Perry, and Timbaland, among others. She then recorded the album with Columbia Records under her father’s label Music World Entertainment.

The album is mainly uptempo R&B, but Knowles said it had influences from pop, punk, reggae, and hip hop. Knowles co-wrote and co-produced some of the album’s 15 songs, including his lead solo, “Feelin’ You (Part II)“.

She is an Activist

But Solange’s unwavering dedication to politics and her relentless leadership in that field is more than her ability to influence one of the most successful recording artists of all time or to rewrite the codes of powerful art institutions.

Her mother, Tina Knowles Lawson, shared tales of her daughter’s early enthusiasm for activism, just like the time she circulated a petition to get an “evil teacher” fired at elementary school. “She was born with the fiery spirit of her mother, thank you very much,” Lawson proudly declared.

Her Music is Her Way of Activism

While her activism includes action, her music can also be seen as her greatest contribution to activism. Her 2016 album, A Seat at the Table, was almost exclusively devoted to the experiences of black women.

Done in dipping melodies that changed effortlessly from major to minor chords, the album was a vision of the neo-soul, with an unwavering core message. A Seat at the Table confronted and soothed at the same time; it was progressive, it spoke for the unspoken.

She’s Not Scared to Call Out

She has also called out the Grammy Awards for bias towards black artists. She was the first winner of the ‘Lena Horne Prize for Artists Making Social Change’, and subsequently donated the prize money to Project Row Houses, a non-profit organization in her hometown of Houston, Texas.

She is a supporter and activist in the #BlackBank campaign, which asks black Americans to transfer their capital into black-owned banks. Solange contributed to the cause by relocating her money to Unity National, Texas’ only black-owned bank.

Pop culture hugely depends on stereotypes and puts its heroes inside boxes. Yet Solange disclaims the mark. From her music and fashion sense, to her amazing style and activism, she continues to alter, evolve, defy, refute.

As an underrated artist, Solange lives boldly and fearlessly. She speaks her truth but also makes it into unique artistic expressions full of soul, sadness, excitement, and healing. 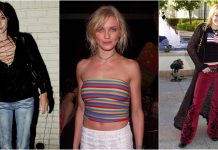 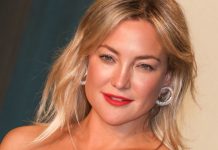