The Harry Potter books and film franchise was a true phenomenon that took over not only the lives of children and teens but also millions of adults who dove into the world of wizards and otherworldly creatures.

When we look at actor Daniel Radcliffe, we can’t help but equate him to Harry Potter, the titular character he played since the age of 11. Radcliffe’s parents initially rejected the offer for him to play Potter but they eventually, thankfully, changed their minds.

Radcliffe knew that some people would not be able to separate him and the character but said that he is “proud to be associated with this film series forever.” Radcliffe explored different genres afterward, including Peter Shaffer’s play Equus from 2007 to 2009, and the 2011 Broadway revival How to Succeed in Business Without Really Trying.

His most notable works post-Hogwarts include the 2012 horror film The Woman in Black based on the 1983 novel by Susan Hill, the 2013 biographical drama Kill Your Darlings where he played the beat poet Allen Ginsberg, and the 2015 sci-fi fantasy film Victor Frankenstein, where he was the titular character’s assistant Igor.

As Ron Weasley, Rupert Grint captured the hearts of moviegoers by providing support and loyalty to his best friend Harry and awkward admiration for Hermione Granger. Prior to Harry Potter, he did not have any acting experience aside from school plays and his local theater group.

For his portrayal of Ron, he won the Satellite Award for Outstanding New Talent, and the Young Artist Award for the Most Promising Young Newcomer category. Other projects he worked on during the Harry Potter film era include the 2002 American family comedy Thunderpants, the British comedy-drama Driving Lessons, and the 2010 comedy thriller Wild Target with Emily Blunt and Bill Nighy.

After Harry Potter , Grint worked on two stage productions: the black comedy Mojo in London, and It’s Only a Play on Broadway. He appeared on TV shows including the Urban Myths, The ABC Murders, and the Apple TV+ series Servant. Grint is currently in a relationship with long-term girlfriend and actress Georgia Groome, with whom he had a daughter in May 2020.

Actress Emma Watson brought to life the intelligent and charming Hermione Granger, one of the three main protagonists of the Harry Potter series. After the series wrapped up, she chose to continue her education at Brown University where she graduated with a degree in English Literature in May 2014.

In 2012, she starred in the film adaptation of Stephen Chbosky’s The Perks of Being a Wallflower. Among her most notable acting gigs were the 2014 epic biblical drama Noah for which she received the BAFTA British Artist of the Year, Disney’s 2017 live-action Beauty and the Beast, and the 2019 coming-of-age period drama Little Women.

Aside from acting, Watson is also known for her activism. She was appointed a UN Women Goodwill ambassador in July 2014 and used it to launch the campaign HeForShe, which aims to convince men to participate in gender equality advocacy. In 2016, she created a feminist Goodreads book club called Our Shared Shelf, which aims to share feminist ideas and encourage discussion.

English actor Tom Felton played the role of Draco Malfoy, one of the main villains in the series that tormented the trio, specifically Harry. His superb performance as the Hogwarts bully earned him two MTV Movie Awards for Best Villain.

Even during the 10-year run of Harry Potter, Felton appeared in several films, including the 2008 British thriller/horror The Disappeared, the 2010 American comedy Get Him to the Greek, and the British horror film 13Hrs also known as Night Wolf.

His career further flourished after the franchise concluded, with Felton appearing from 2016 to 2017 in the third season of The CW’s The Flash as the supervillain Doctor Alchemy. In 2017, he appeared in the drama Feed and action-thriller Stratton.

Who didn’t love the half-giant gamekeeper and Care of Magical Creatures professor at Hogwarts who was always there for the Hogwarts gang? Veteran actor Robbie Coltrane played the soft-hearted and loyal Rubeus Hagrid to perfection.

Even before his Harry Potter fame, Coltrane was among the most famous Scottish actors and had appeared in several Hollywood films. In the James Bond films Goldeneye and The World Is Not Enough, he played Valentin Dmitrovich Zhukovsky, a former KGB agent who became a Russian mafia head.

Coltrane was also the lead actor in the TV series Cracker where he was a forensic psychologist Dr. Edward “Fitz” Fitzgerald and earned himself three BAFTA Awards for Best Actor. Post-Harry Potter, he starred in the British television drama National Treasure and appeared in the 2012 film adaptation of Charles Dickens’ Great Expectations.

For 10 years, Alan Rickman terrorized moviegoers as Severus Snape, the Slytherin Headmaster and professor at Hogwarts. As Snape, he was hated for most of the series but the revelation of his character’s motivations and true alliance upon his death moved people to tears.

Although Snape was one of the most prominent characters he played, Rickman was no stranger to big roles. For his portrayal of the Sheriff of Nottingham in the 1991 action-adventure film Robin Hood: Prince of Thieves, he earned the BAFTA Award for Best Actor in a Supporting Role.

He also appeared in the 1995 period drama Sense and Sensibility, the 2003 romantic comedy Love Actually, and the 2007 musical slasher film Sweeney Todd: The Demon Barber of Fleet Street. Rickman died in January 2016 after a battle with pancreatic cancer.

Actress Bonnie Wright is best known for her portrayal of Ginny Weasley, the youngest sibling of Ron and the love interest and eventual wife of Harry. Like Grint, the first Harry Potter installment was Wright’s professional acting debut.

Unlike most of her co-stars whose acting careers further blossomed after the series ended, Wright took a different path and pursued her dream of writing and directing. In 2012, she graduated with a bachelor’s degree in filmmaking from the University of the Arts London and eventually founded her own production company, BonBonLumiere.

She has produced several short films, including her directorial debut with the coming-of-age drama Separate We Come, Separate We Go, which received critical acclaim at the Cannes Film Festival. Aside from her activities behind the camera, Wright also actively advocates for environmentalism and plastic pollution awareness.

At the age of 14, Irish actress Evanna Lynch was chosen for the role of Luna Lovegood at a casting call in London in 2006 because both producer David Heyman and author J.K. Rowling thought she had a strong affinity to the character and was perfect for it despite Lynch having no prior acting experience.

In 2013, Lynch appeared in the teen comedy G.B.F. and made her stage debut as Bess Houdini in the stage play Houdini. She competed on Dancing with the Stars season 27 in 2018 and finished third place.

Aside from her acting career, she is an active advocate of veganism and animal rights.

While Robert Pattinson only appeared in the series’ fourth installment, Harry Potter and the Goblet of Fire, as Cedric Diggory, one of Hogwarts’ Triwizard champions, he went on to become one of the more widely successful alumni of the franchise.

He recently returned to the mainstream with the 2020 spy film Tenet, directed by Christopher Nolan. Pattinson is also set to star in the upcoming 2022 reboot of the DC superhero film The Batman.

When Harry Potter and the Sorcerer’s Stone appeared on the big screen, who would have guessed that the book series would translate into a massive film franchise that would run for an entire decade?

These actors and actresses brought Rowling’s book characters to life. With the 10 years of magic and adventures, they surely left a mark on every viewers’ memories. 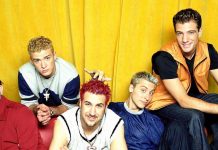