If you’re a fan of the Baywatch film that came out a few years ago or a fan of the original Baywatch TV show, you’ve probably seen the ripped celebs sporting the iconic red shorts and swimsuits.

In the original show, David Hasselhoff and Charvet had their fit bodies showcased, but the new movie’s stars look even more chiseled. How on earth does the cast get and stay in such great shape? More specifically, how did Zac Efron do it?

We’re going to answer those questions in this article and show you how Zac Efron stays fit. Let’s get started.

Murphy is a certified fitness professional based in LA, and he is no stranger to pushing the limits of your favorite Hollywood celebrities. He is the man behind the workout routines that several celebrities use, including Cameron Diaz, Alexandra Daddario, and Jason Segel.

Despite that, Zac Efron’s transformation is the one that put Murphy in the spotlight. His effective and intense workouts were the inspiration behind many people’s decision to follow the exercise and diet program that he created for Zac.

The Philosophy Behind the Workout

Saying that Efron went from quite fit to ripped would be an understatement. Baywatch may have made it seem like his body was always so chiseled and phenomenal.

However, the truth is that Murphy had to create workout plans that evolved over time so that Zac would be in his best shape for the film shoot. The training program involved an approach that constantly changed and involved two-day splits, three-day splits, full-body workouts, strength training, power training, balance and stability training, lifeguard training, biking, hiking, obstacles courses, and more.

These changes ensured that Efron would never reach a plateau. This is what helped him become so strong and improved his endurance.

Murphy has also stated that it was quite easy to set the bar high for Zac, since the actor has one of the most dedicated workout ethics out there. Because failure was not an option, Murphy had to change Efron’s workouts every day.

Zac made use of a split workout plan that was divided into three days. This three-day split focused on biceps and back on the first day; legs on the second; and arms, chest, and shoulders on the third.

He also trained his abs throughout the week. His workout routine looked similar to this:

As you probably know, half of the work comes into play with your diet, especially when trying to lose weight and get fit. Murphy put Efron on a whole foods diet, which meant that he had to stay away from processed and highly refined foods.

Basically, Efron could eat brown rice, but no brown rice pasta. He could eat apples, but no apple juice.

Zac could have quinoa, but no quinoa crackers. He was also not allowed to eat flour products and could have three cheat meals every month. Whole food diets will normally include fresh vegetables and fruits, complex carbs, lean proteins, and healthy fats.

If you think you aren’t ready to take on this super intense Baywatch Workout, then you’ve got your head on straight. This is not a workout that beginners should ever consider trying.

Starting a regular workout regime, or amping up your existing one, is an excellent idea, and your hard work will start to pay off before you know it. However, you need to constantly remind yourself that comparing yourself to people like Zac Efron will only be counterproductive. 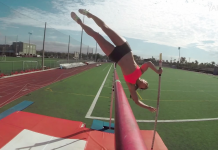 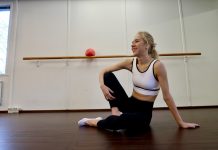 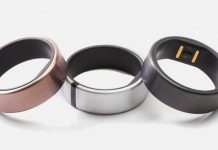