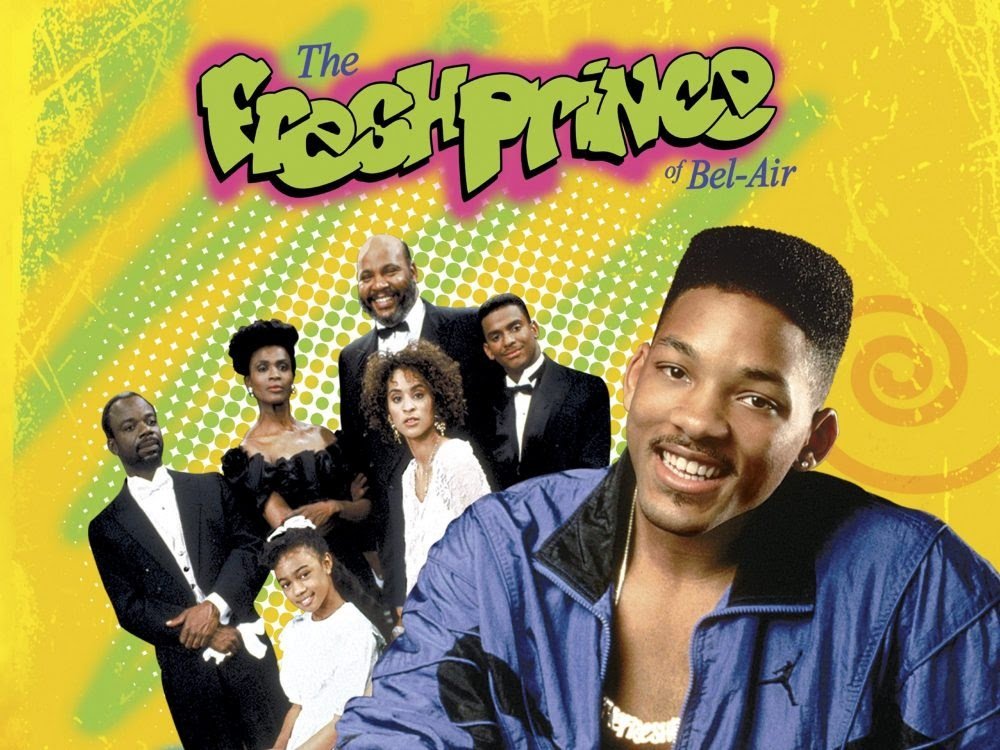 Who doesn’t remember this very popular show that aired in the early 1990s and lasted 6 seasons? The main actor in this sitcom went on to become even more popular and is one of the most beloved actors of our time.

He was not the only actor that played in the series, though. Next, we will take a look at all of our other favorite characters. 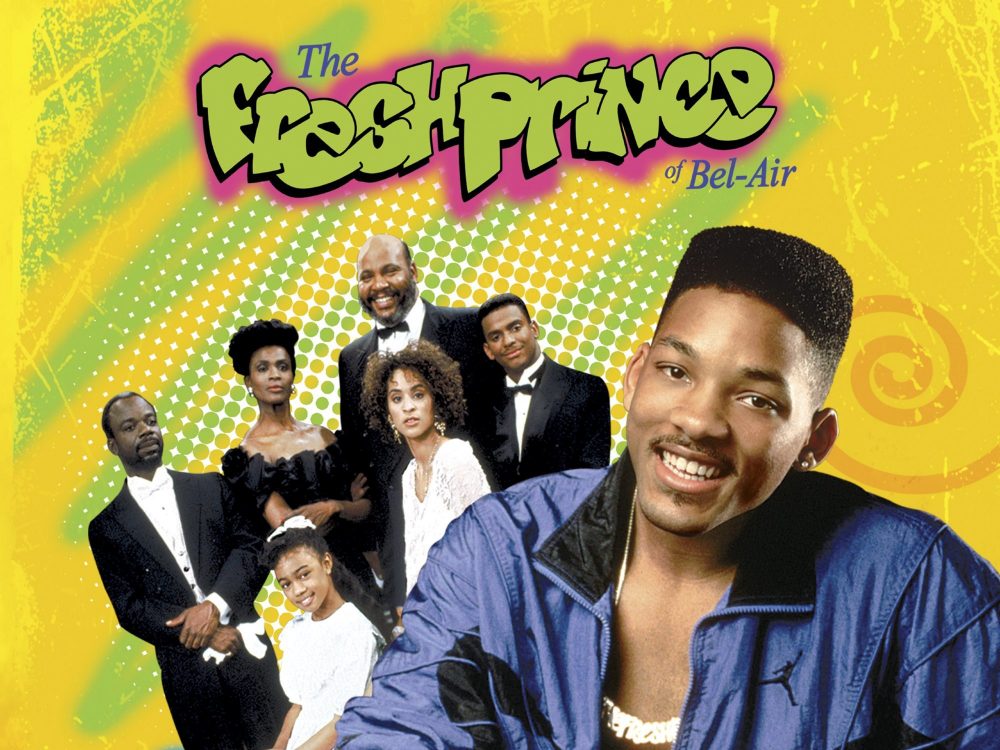 The show was based on the life of a fictional character who was played by Will Smith. We do not need to wonder what happened to Will Smith, as he has played in many well-known roles over the years after Fresh Prince. 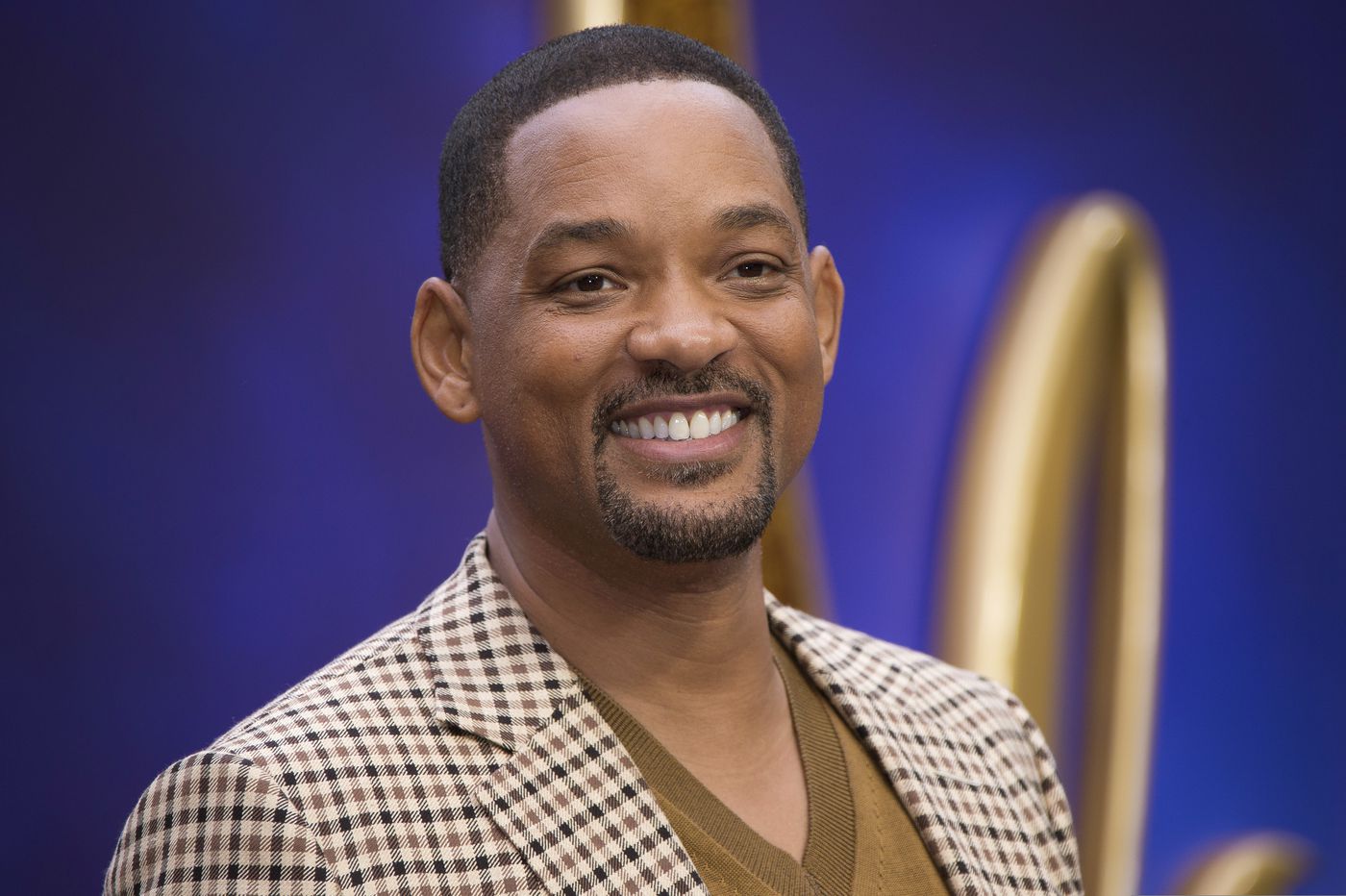 These days, Will Smith is very active on social media platforms such as TikTok, with millions of followers on his account. He certainly knows what it is to be a celebrity and stays available for all of his fans while we enjoy all the movies he has made.

Today, we pay tribute to James, who played the fresh prince’s uncle, Philip Banks. James is no longer with us, but after this sitcom, this actor, voice actor, and poet made many contributions to the entertainment industry. 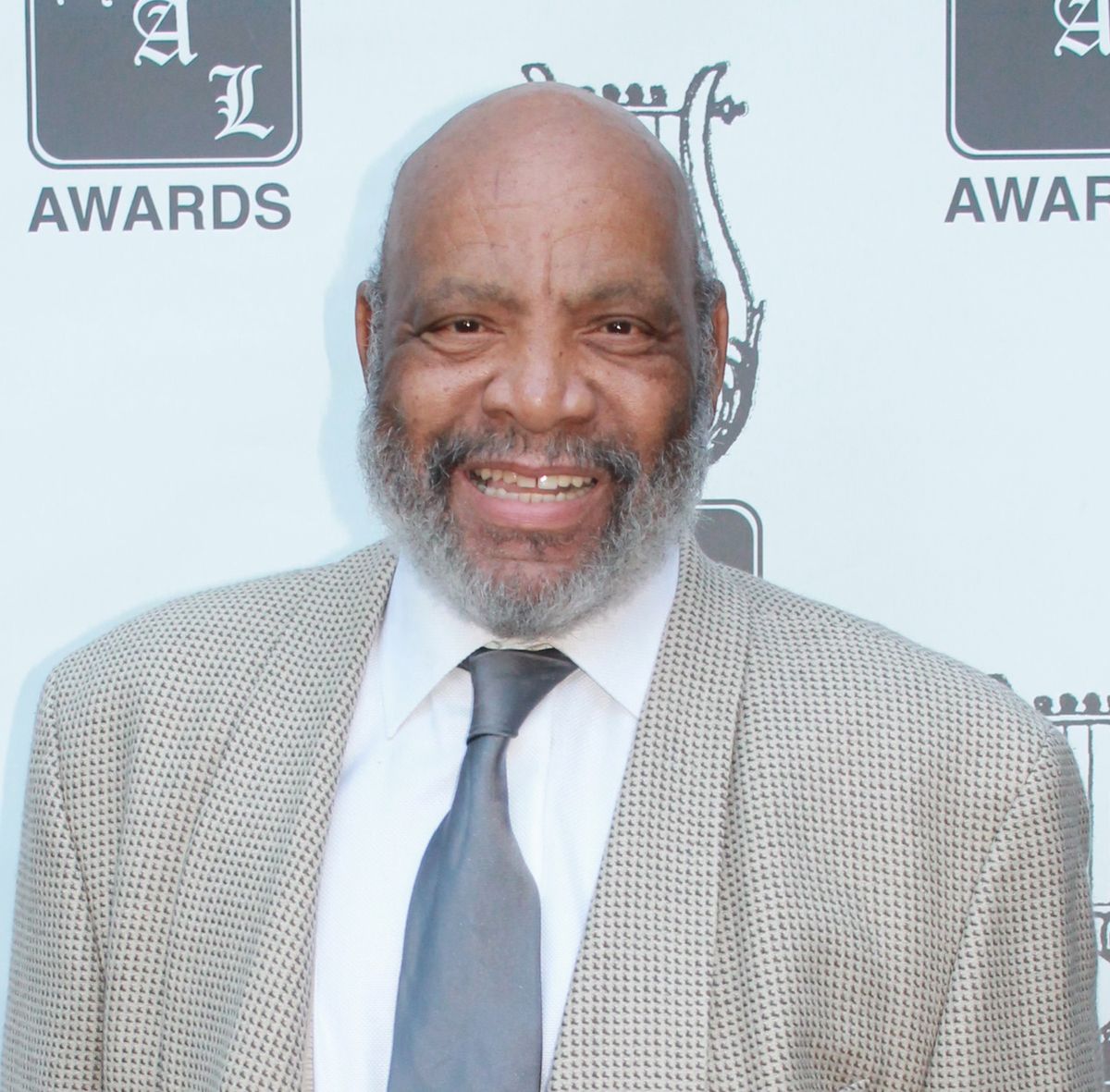 We remember him for his role in The Brady Bunch, as well as the role of Haroud Hazi Bin in Aladdin. He also played the voice of Shredder in Teenage Mutant Ninja Turtles, and he was the narrator of Disney’s Animated Storybook: The Lion King.

Will’s aunt, Vivian Banks, was played by Janet for the first 3 seasons of the show before she was fired for breaching her contract. Life after Fresh Prince was busy for Janet, she appeared in a number of shows, such as Friends and One Life To Live. 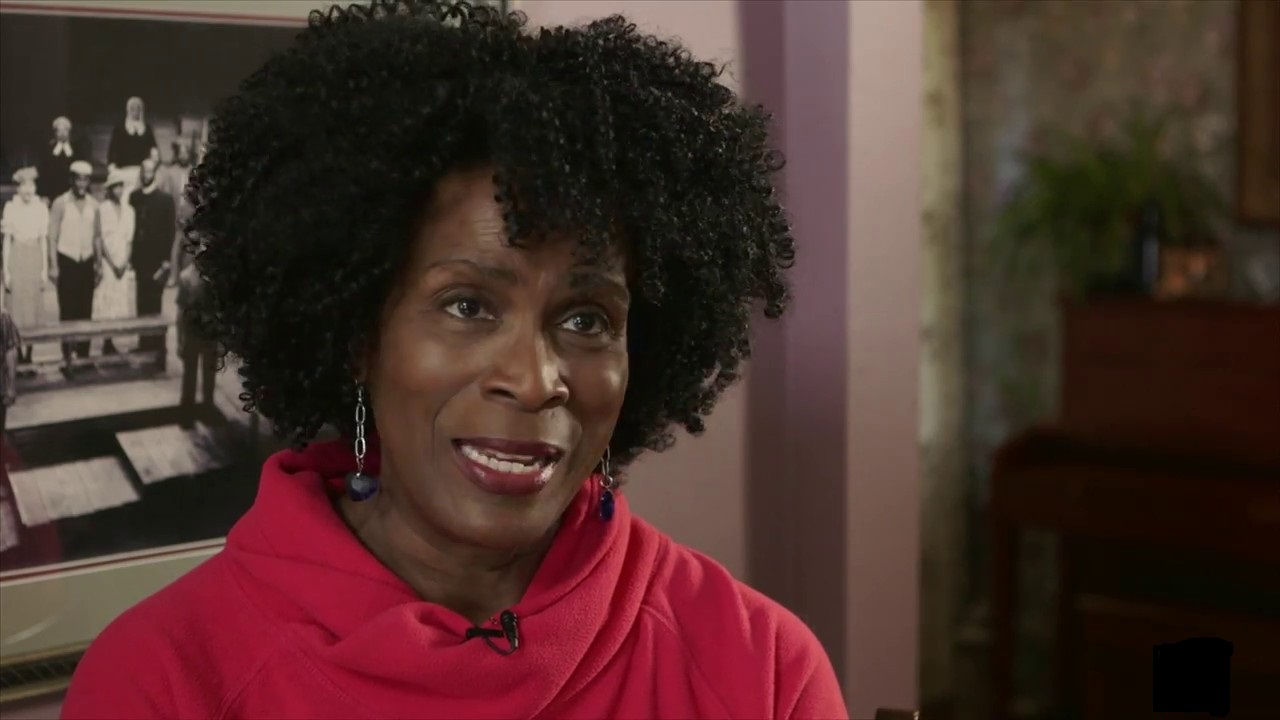 After many years of bad feelings between Will Smith and Janet Hubert, they made peace on the 30-year reunion of The Fresh Prince Of Bel-Air.

Janet’s career may have taken a dip since she left Fresh Prince but she still made many appearances in several different TV shows.

Daphne took over the role of Aunt Viv at the start of the fourth season and played this role until the show ended.

Daphne was known for her role in Hill Street Blues before Fresh Prince, and she also was a model and designer before she joined the set of Fresh Prince. 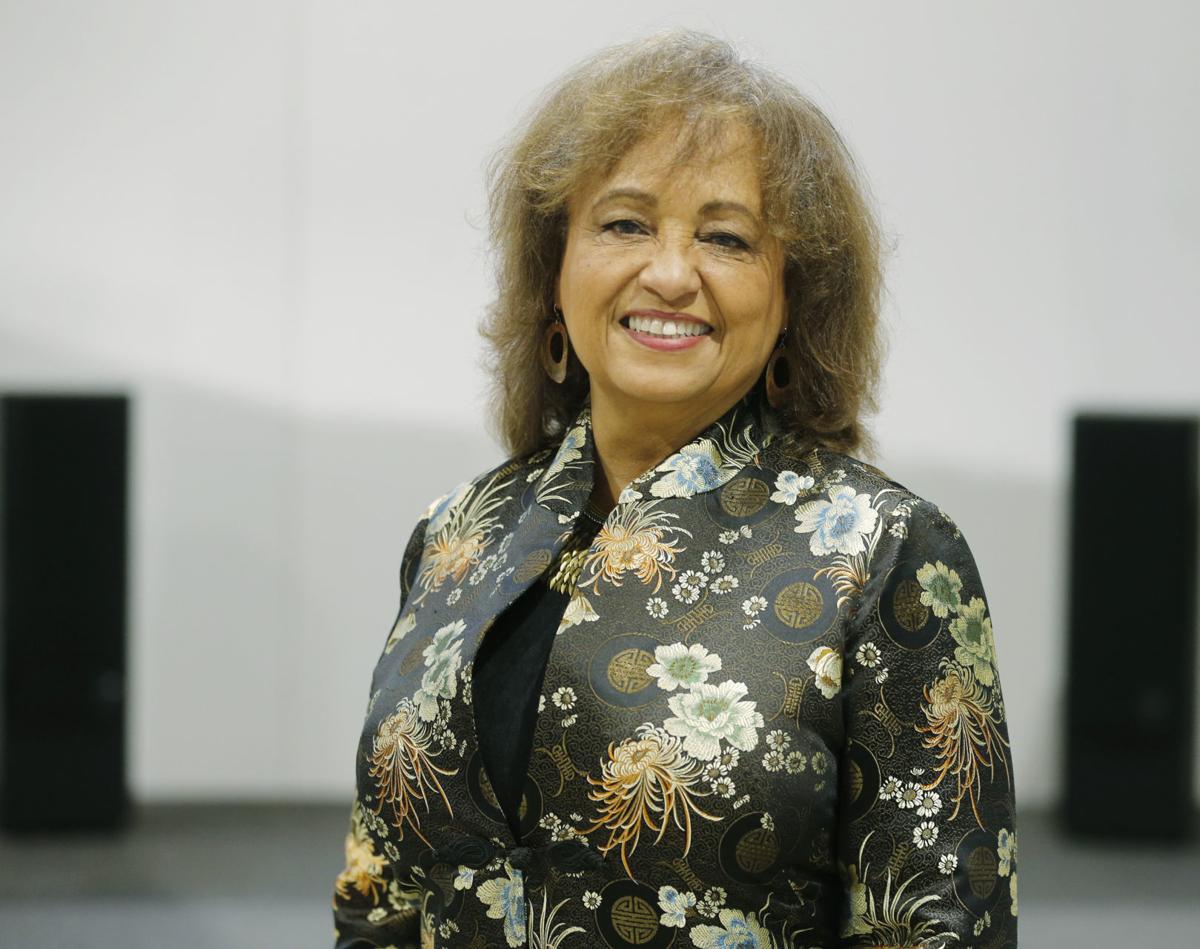 After the sitcom finished, she kept busy with another passion of hers – photography. She published a book about her work called Doors. She also starred as Miss Lucy in Harriet, which is a documentary film about the life of Harriet Tubman.

There was also the cousin with whom Will had many disagreements, even though they became good friends. The role of cousin Carlton Banks was played by Alfonso Ribeiro, who made a name for himself after The Fresh Prince Of Bel-Air. 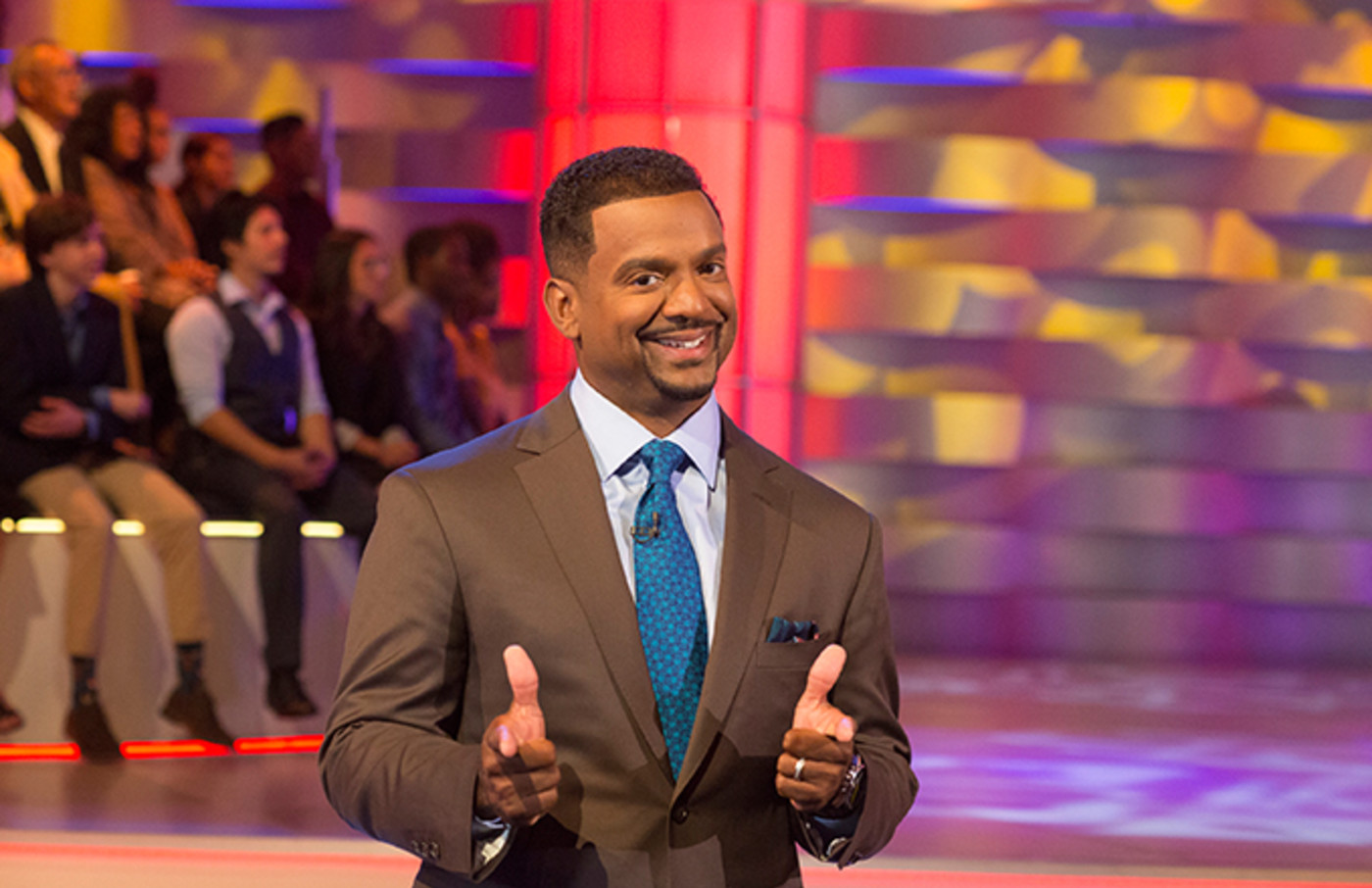 You will find Alfonso very alive and busy hosting game shows, which has made him quite a popular television personality over the years since 2008.

He also won season 19 of Dancing With the Stars alongside partner Witney Carson, and he currently hosts America’s Funniest Home Videos, which kept him away from the 30-year reunion.

The oldest child of the Banks family, snobbish but kind-hearted daughter Hilary, was played by Karyn Parsons for the entirety of the show.

She was also the one who kept Will on his toes with the constant critical attitude she had towards his poor upbringing. 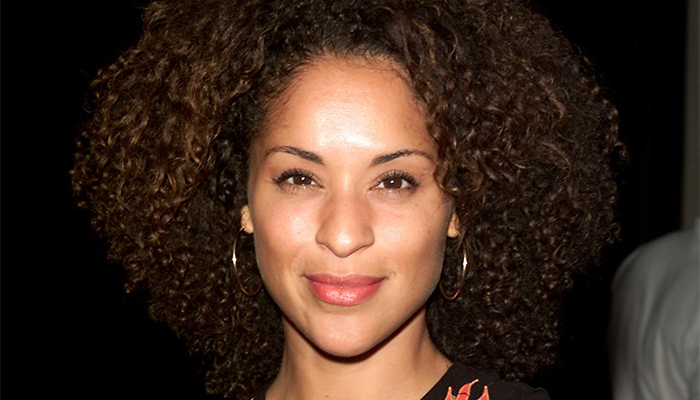 After the show ended, she founded the organization Sweet Blackberry, which produces short films for children about influential black people in history.

She also finished her first novel in 2019, which was named How High the Moon, which was inspired by her mother’s real-life experience of growing up in the south.

Tatyana played the youngest Banks sister, Ashley. She felt like a little sister to Will and did not like the high and mighty ways of her family. 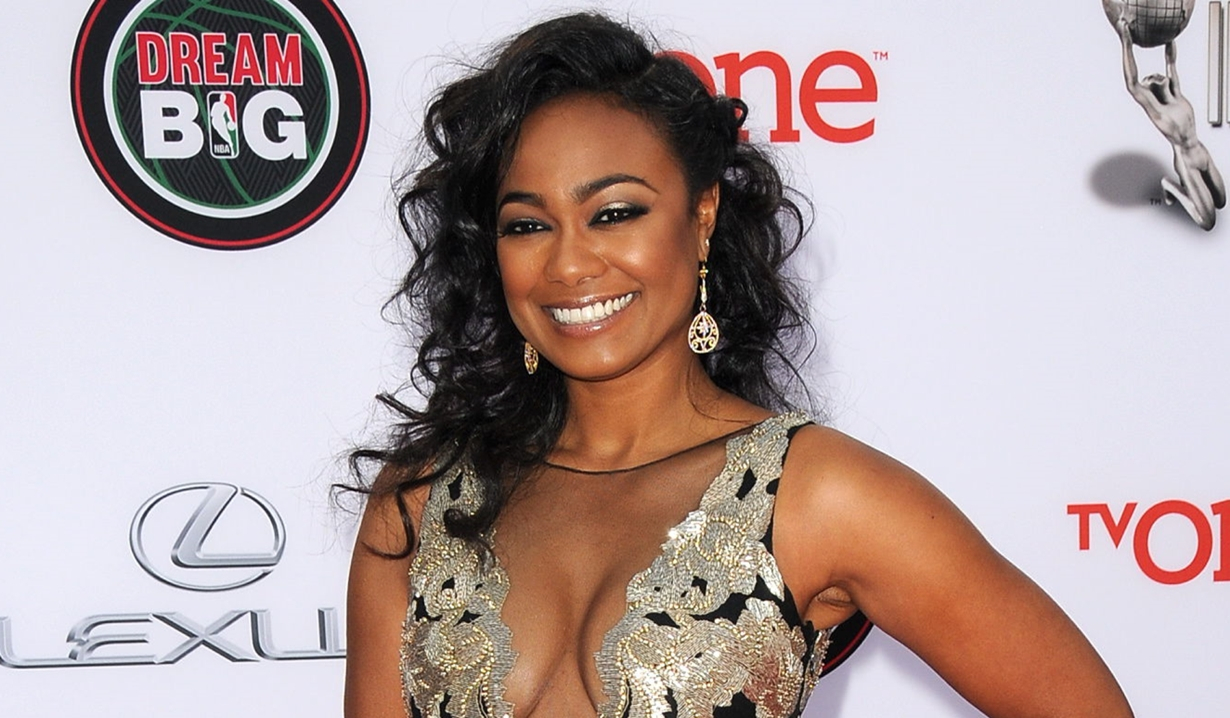 Tatyana and her husband met on Harmony, and their marriage is another testimony of the many happy married couples who met on the site.

After Fresh Prince, she played in a couple of Hallmark films, and she also played a part in The Young and the Restless. That is not all she achieved, though. She also received a degree from Harvard in government and African-American studies.

We all remember the sarcastic and witty butler Geoffry, who was played by the English actor, Joseph Marcell.

He always had to clean up after Will, but Geoffry felt like family to the Banks, and Will could not let a chance go by to make fun of the butler and his English manners. 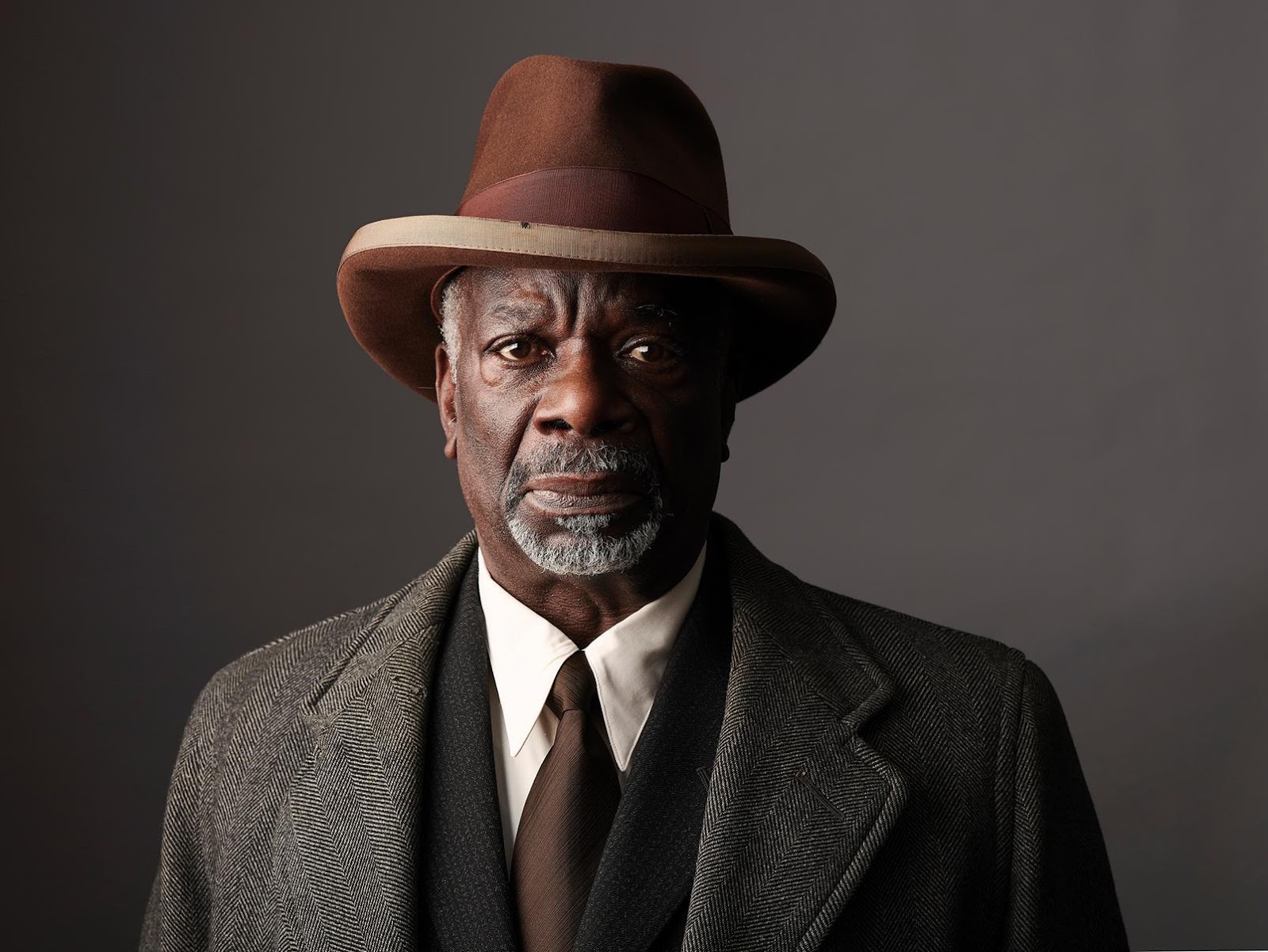 After the show ended, Joseph moved back to London and became very much involved in theater, where he had a successful career.

He also played in a number of plays, like King Lear. Marcell also served on the board of the Globe Theatre.

Ross played the role of Nicky, the late-born son of uncle Phillip and Aunt Vivian Banks. He joined the set at the beginning of the fifth season and stayed in the show until it ended in 1996. Nicky and Will had a bond, and Will called him “Little man”.

After Fresh Prince, Ross also played in other movies and starred with Will Smith in the movie Independence Day in 1996.

He became a real estate agent and realtor, and he even started his own Facebook page where he shares tips about real estate. Plus, he also is a DJ under the name DJ Ro$$y B.

Jeffrey played Will’s friend, Jazz, who was first introduced in the show to be the drum instructor for Ashley, but he became good friends with Will. This is the same Jazz that was physically thrown out of the Banks’ home by Uncle Phil. 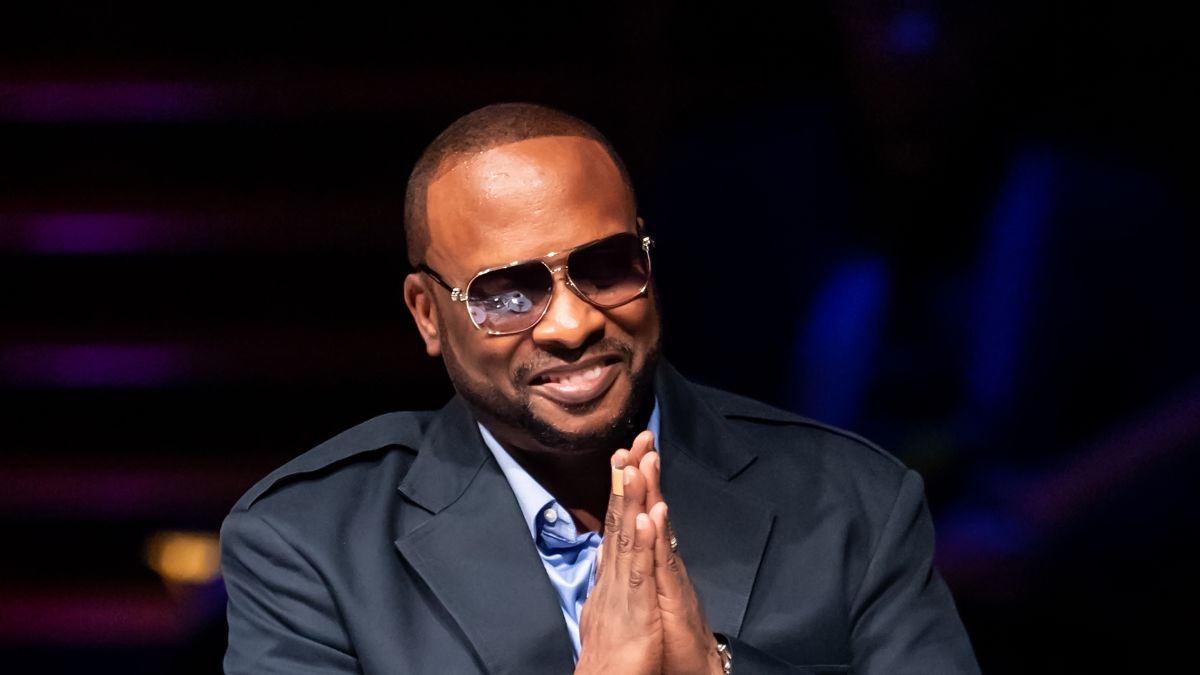 In May 2020, Will Smith and DJ Jazzy hosted a Break The Monotony Block Party on Instagram to celebrate the 30th anniversary of the show.

DJ Jazzy Jeff is still a DJ, and the two performed recently at the MTV Summerblast Music Festival and Livewire Festival in Europe.

Vernee had a recurring role in The Fresh Prince Of Bel-Air and played Will’s mother, who sent him to his aunt and uncle in California.

She is well-known for her recurring role as Vernajean Williams in Welcome Back, Kotter, as well as many other roles that she has played in different shows. 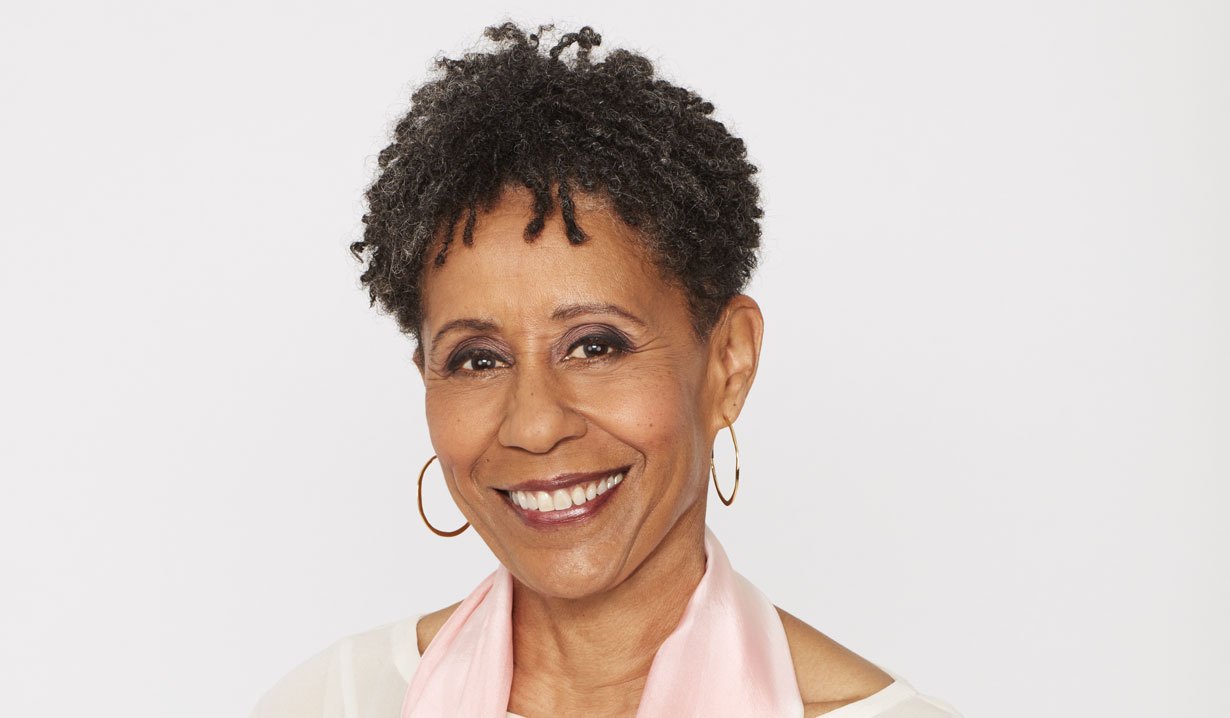 This actress, voice actress, and author is also an acting coach. She also had guest roles on many popular TV shows and appeared in 6 episodes of The Big Bang Theory as the nurse Althea.

Nia played Liza Wilks, who was Will’s girlfriend. She joined in the fifth season, and they eventually got engaged later on in the show. She was part of the show until it ended after its 6th season in 1996. 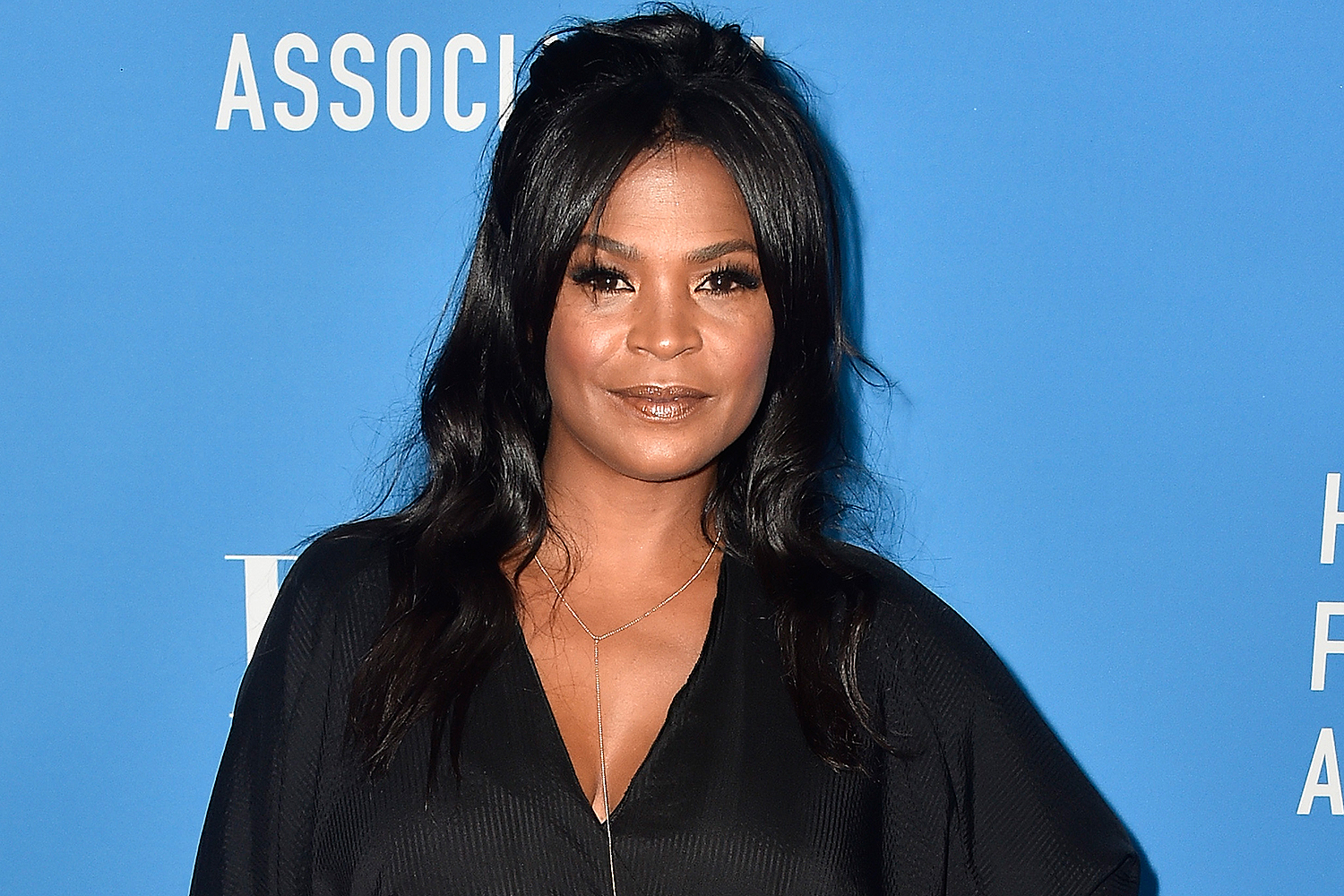 This was not the end of the road for Nia Long, as she twice won the NAACP award for actress in a drama series for Third Watch.

Currently, she stars in the Netflix thriller, Fatal Affair, so she still has a lot of acting left to do.

Jenifer played the smart-mouthed aunt Helen, who would appear in the show from time to time to make things a bit complicated for everyone. She stayed in the show from 1991 until it ended in 1996. 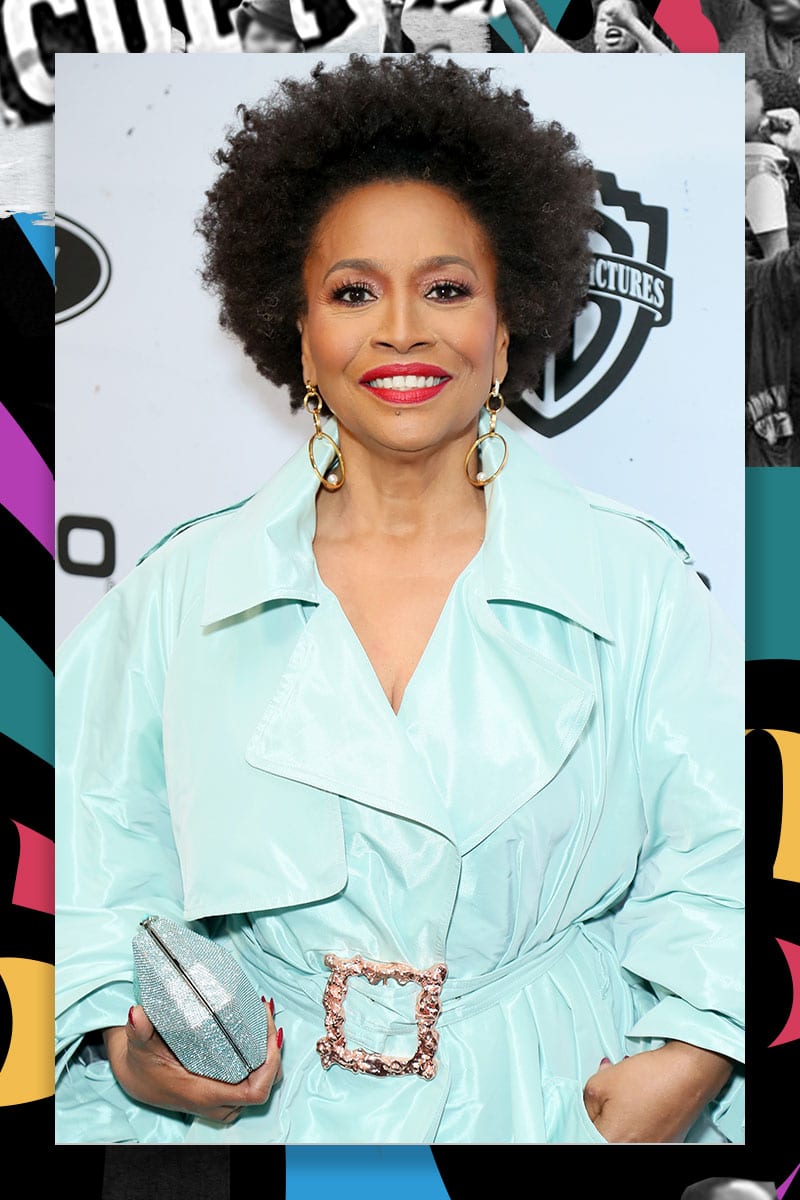 She also played the role of a judge in The Courthouse in 1995, as well as roles in films such as Sister Act and Poetic Justice. Currently, she stars in the TV show Blackish, where she has been since 2014 and is still going strong and healthy.

She played the role of Hattie Banks, the mother of Uncle Phil and a sweet grandmother with a witty personality. Unfortunately, Virginia died in 2004 after a long acting career, but not before she played in many shows after Fresh Prince. 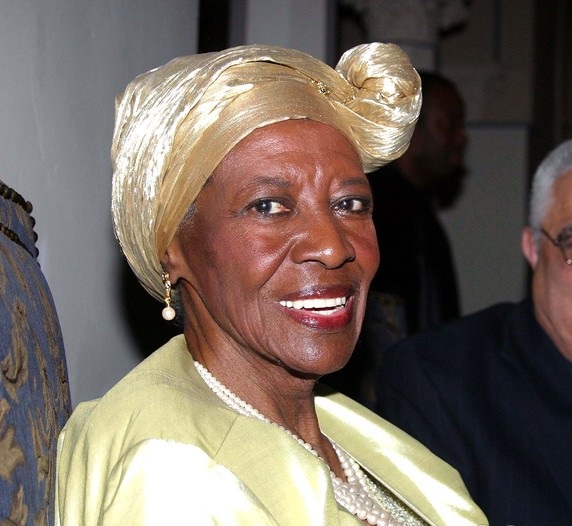 She played in many movies and TV shows that stretched from 1969 until 1999. She also believed in the role of African-American actors in the entertainment industry and fought against stereotypes.

Some of the actors who appeared in the show were already advanced in age when the show was filming. Understandably, some of them have passed away, as many years have passed since the beginning of the show.

Luckily, only two of those beloved characters have passed, and we still regret their passing and pay tribute to them. We also honor the role they played in the entertainment industry, just as with all of the other actors who played in The Fresh Prince Of Bel-Air. 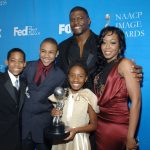 Find Out How the Actors of Everybody Hates Chris Are Today 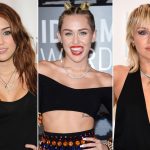