There’s no denying the fact that talent best flourishes when it’s recognized well. Following the same philosophy, the global entertainment industry does its best to award up and coming artists.

From jaw-dropping performances on stage to entrancing melodies, art is acknowledged and much appreciated. Inarguably, music is one of the most cherished art forms that keep us sane through thick and thin.

The Grammy Awards are the ultimate annual celebration of exceptional work in music. Sought by musicians from around the world, the Grammy has been the cynosure of the music industry. In this article, we’ll glance through some of the lesser-known categories and interesting facts about the coveted awards.

Presented by the Recording Academy, the world-renowned Grammy Awards recognize exceptional talents in the music industry every year. Grammys are one of the four most highly acclaimed American entertainment industry awards, including the Academy, the Tony, and the Emmy Awards.

Held the first time in 1959, the Grammy Awards have been presented 62 times as of January 2020. The annual presentation ceremony is heaven to all the senses as famous global talents perform their best pieces in front of a live audience.

The Grammys were introduced as a part of the famous Hollywood Walk of Fame project in the 1950s. As many deserving music artists couldn’t get a Walk of Fame star to their name, the executives decided to honor talents in their industry with entirely new award categories.

The Grammy Award trophy depicts a gold-plated glided gramophone (in honor of Emily Berliner). There were several alterations in the material with which the trophy was made.

Currently, the Zinc alloy used to make Grammys is trademarked as ‘Grammium.’ In the year 2021, amidst a pandemic-troubled world, the Grammys are scheduled to be held on 15th March in Los Angeles.

Structure of the Grammys

The Recording Academy has laid down a series of categories for the Grammy Awards. Each of these categories pertains to a specific contribution to the music industry. The first Grammys featured 28 categories in total, and with time, this number grew as more categories were added. There have been some ceremonies when more than 100 Grammys were awarded at one time.

For every category, the Awards committee lists several nominees, out of which one winner is selected. Some categories are Genre-specific and dedicated to excellent performance and music productions in specific Genres (like Pop, Comedy, Dance, Rock, etc.). While some categories like Special Awards honor long-term contributions to the industry.

Because of the vast number of categories, the ceremony stretches for a long duration. As a result, only the four General categories and a few other popular Genre-specific categories are broadcasted on TV. The others are presented in the ‘Premier Ceremony,’ which happens before the telecast.

In a drastic restructuring of categories for the 2012 Grammys by the Recording Academy, the number of award categories came down to 78 from 109. Among other significant changes, one was the elimination of gender distinction in solo categories of several genres.

The academy also discontinued some categories for instrumental solos, and their awards now fall in general ‘Best Solo’ categories. The ‘roots’ category, which featured regional American music, saw most eliminations due to a low number of entries every year.

Other eliminations were made in ‘Classic’ genres, Christian music form ‘Gospel,’ Rock, R&B, and Rap genres. Since 2012, several other additions and discontinuations were made in the Grammy categories resulting in the latest 84 in 2020.

The Grammys are known for an extensive list of award categories, which people not related to the music industry sometimes find confusing. There are three distinct sections of awards: the General Field Awards, Special Awards, and Genre-specific Awards.

The General Field Awards are the most publicized and sought after award categories in Grammys. They are the ‘big four’ awards that limit or segregate nominees by genre or any other criteria.

The Special Awards categories are reserved for notable contributors to the music industry and are awarded without nominations. Unique inclusions in this section are the Lifetime Achievement Award, which is awarded to contributors who have made outstanding contributions to the industry; Technical Grammy award, given to individuals and companies for exemplary contributions to the technical aspects of the recording industry.

The Grammy Legend Award, given to groups or individuals who make continued contributions impact in the recording field; and MusiCares Person of the Year award, given to an individual who has made musical as well as philanthropic contributions to the society. Other valuable categories in the section are the Trustees Award and the Grammy Hall of Fame Award.

These categories are given to contributors of specific genres. As of 2020, there are a total of 84 genre-specific categories for awards. The genres that the Grammys recognize and reward are pop, dance/electronic, rap, contemporary instrumental, rock, R&B, rock, alternative, country music, jazz, new age, Gospel/Contemporary Christian music, Latin, American Roots, Reggae, World music, children and theatre among others.

Best Immersive Audio Album: Earlier known as the Best Surround Sound Album, this category honors music production’s technological aspects. This category is open to both classical and non-classical works and was first awarded in 2005.

Best Remixed Recordings: This category honors productions of best quality music remixes of the year. It was first awarded at the 40th Grammy ceremony in 1998 to Frankie Knuckles. The award considers previously created work that is reused in such a way to create unique performances.

Best Historical Albums: Originally known as Best Historical Repackage Album, this category award was first presented to producer Michael Brookes in 1979. It’s a category that honors exceptional work in music ‘restoration’. In simple terms, you might get awarded a Grammy for compiling historical music works or adding on to existing albums.

Awarded to art directors of an album for outstanding work, this category focuses more on the visual aesthetic part of the album. It is granted for the recording package design, and thus its inclusion in a ‘music’ award category is quite odd. Can you make an album package look pretty? Well, then you might be in for a Grammy!

Best Disco Recording: This one might be quite an embarrassment for the Grammys as it can be termed a ‘one-time mistake.’

Honoring recordings in the point disco genre, the award was only presented for one year, i.e., 1980. The Recording Academy realized that the genre was already on the decline and later discontinued the category.

The entries to the Grammys nomination list are made online, and the physical copy of the work is sent to the National Academy of Recording Arts and Sciences (NARAS).

Only the media companies which are registered with NARAS can send recordings for nominee list considerations.

Once the entry is made, NARAS organizes review sessions with over 150 critics and experts from the music industry to determine whether the piece was entered in the relevant category.

The final lists are sent to voting members who can nominate it to one of the General Field awards and at most 9 other categories from the 30 fields provided to them.

After the voting is done, the top 4 recordings with the most votes in each category enter the nominee list. For specific craft and specialized categories, review committees are formed to determine five nominees. In case of a tie, one category can also have more than five nominations.

Once the nominee list is finalized, the voting ballots are sent to NARAS members, each of whom may vote an entry in the General Field and at most nine other fields.

The tabulation is done by the leading accounting firm Deloitte, and the final results are declared in the Awards ceremony.

Surprising Facts About the Grammys

Though Grammys are quite well-known globally, the following interesting facts about the Awards might take you by surprise. Before ‘Grammy’ was finalized, one proposed title for the awards was ‘Eddie’ in honor of Thomas Edison, the inventor of the phonograph.

Christopher Cross is the only artist to have won all four General Field awards for the same year in the 23rd Grammy edition. Interestingly, the number of physical copies of all the entries for Grammy awards each year goes over 20,000 and could occupy an entire stadium.

Grammy Awards continue to be the lifelong dream of budding talents in the music industry around the world. Every year, the ceremony leaves us with memorable moments of celebration, minor disappointments, and some hopes for a ‘next time.’

However, the awards can do a little better when it comes to celebrating diversity. This year’s Grammy Ceremony will honor artists who helped many of us sail through the turbulent past year. 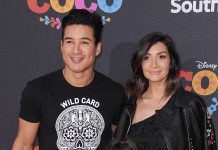