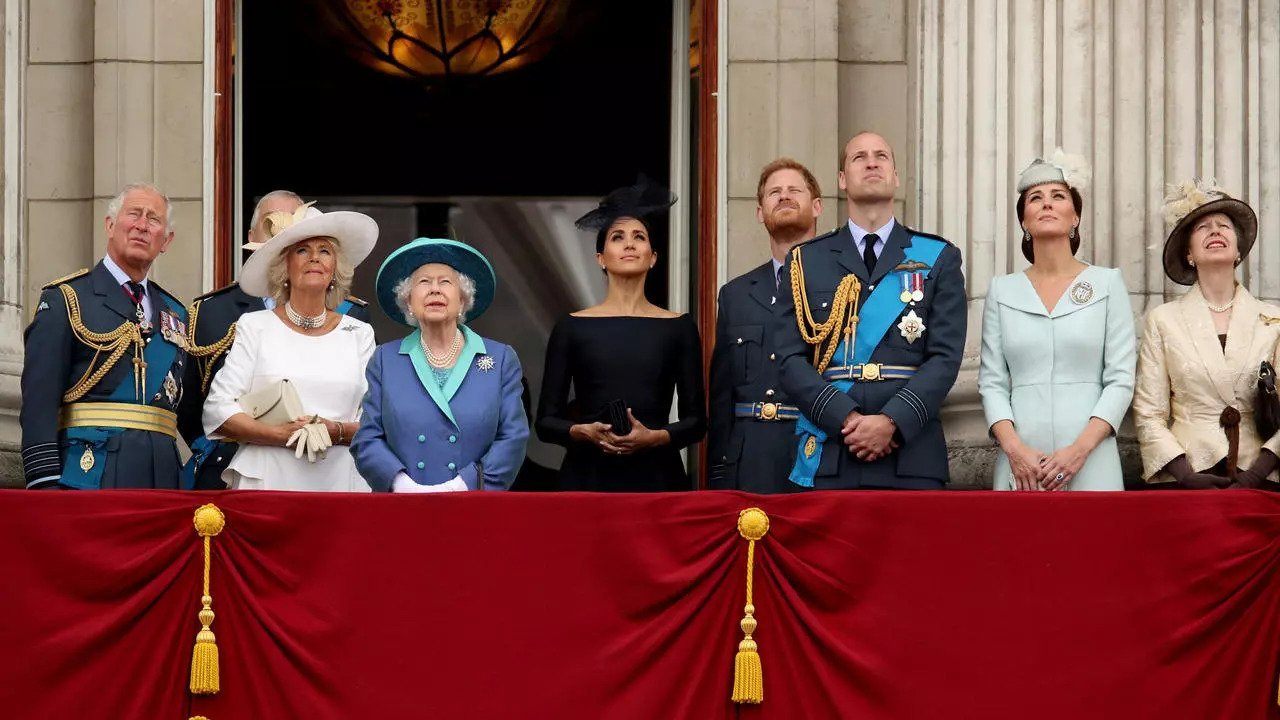 Just like all other humans on the planet, members of the British royal family also make mistakes, but the difference is, they are much more in the public eye than most people are. For example, many daughters have strained relationships with their parents, but it was not published for the whole world to read.

As they say, what happens in the royal family happens in public, but often, these mistakes help their fans love them even more. That is because their blunders make them human, just like all the normal people in the world. Sometimes, their errors just give normal people something to talk about. Let’s see what there is to talk about at morning tea. 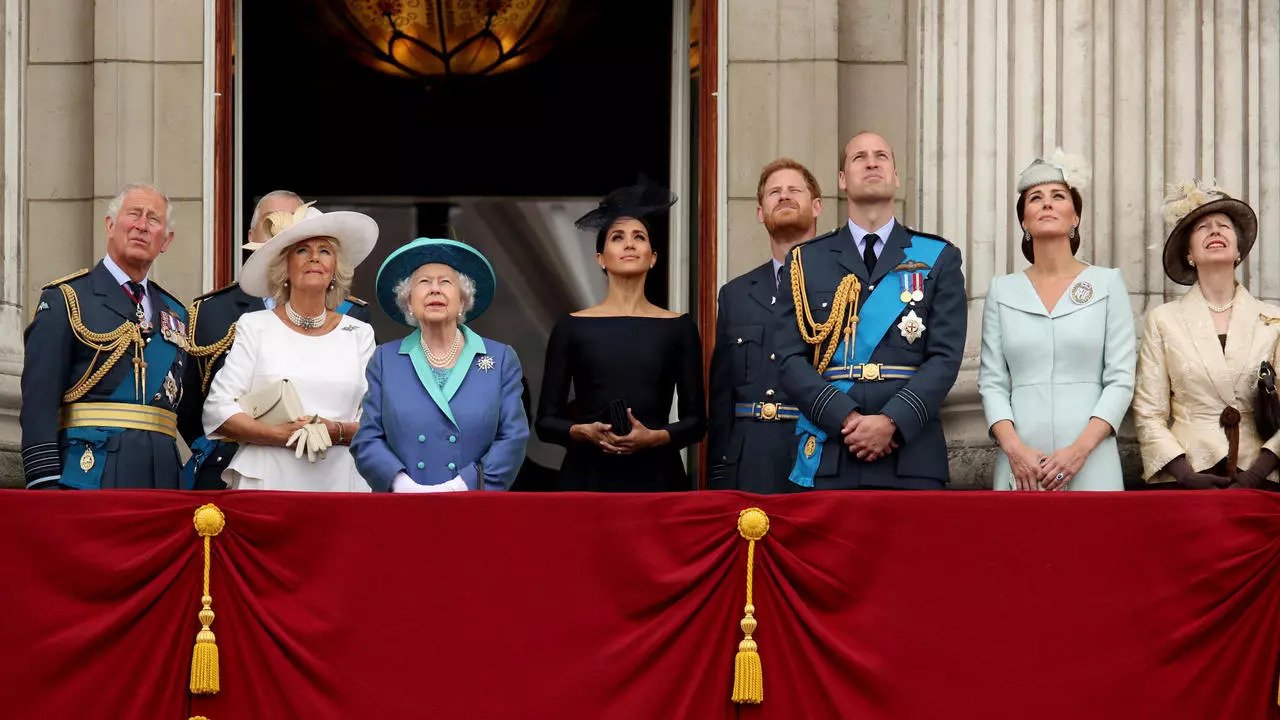 8. One Day in Rehab for Prince Harry

Prince Harry spent one day in a residential center for drug users, the Featherstone lodge, which is located in Peckham. This was done so that he could speak to heroin and cocaine addicts that were recovering from abuse of these drugs. They talked to Prince Harry about the dangers of addiction to these substances and told him it all started with alcohol and smoking cannabis. 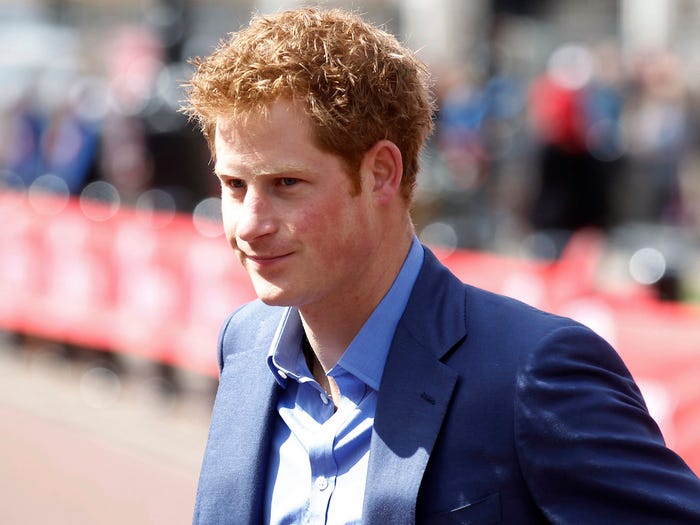 This happened at the age of 17 when he was seen drinking with friends and confessed to his father that he also experimented with smoking marijuana. It was then that his father forced him to visit the rehabilitation center. Many people said that Harry started drinking alcohol and smoking marijuana out of frustration, that he was trying to drink away grief and despair.

Maybe he was just a young man trying to find his place in the royal hierarchy and to establish his own life apart from all the things that were going on. However, all this did not stop his father from getting furious with him and confronting him. Knowing his child, he knew that to send him to this place may just shock Harry into realizing he was wasting his life.

7. Kate Middleton on the Front Page

While Kate Middleton and her husband, Prince William, were on a well-deserved holiday in the south of France in 2012, the unexpected happened to them. To make it even worse, they were staying at a private holiday home owned by a family member when their privacy was invaded by a photographer. 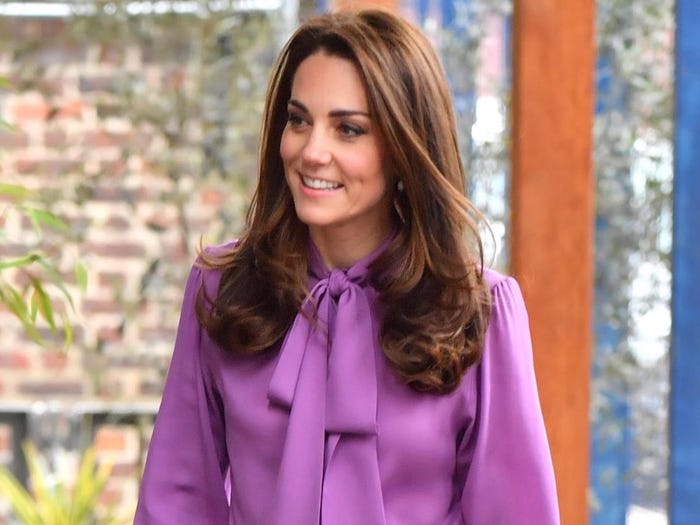 This photographer took photos of Kate Middleton who was taking a topless sunbath and not expecting anyone to see her (much less take photos) in the privacy of the vacation home. These photos were published by Closer magazine in France, exposing a very private moment of the Duchess while she was relaxing.

The royal family reacted with this breach of privacy by suing the Closer magazine after they ran a series of these photos in the French edition. This only shows how these photographers will go to extreme lengths to take photos of people who are in the public eye. The royal family received compensation, but the damage was already done.

6. Harry with a Nazi Armband

What may have seemed to be a naughty dare or a naughty streak from the second son of Prince Charles turned into a public spectacle. Prince Harry appeared on the front page of The Sun newspaper wearing a Nazi armband on what seems to be a costume party. 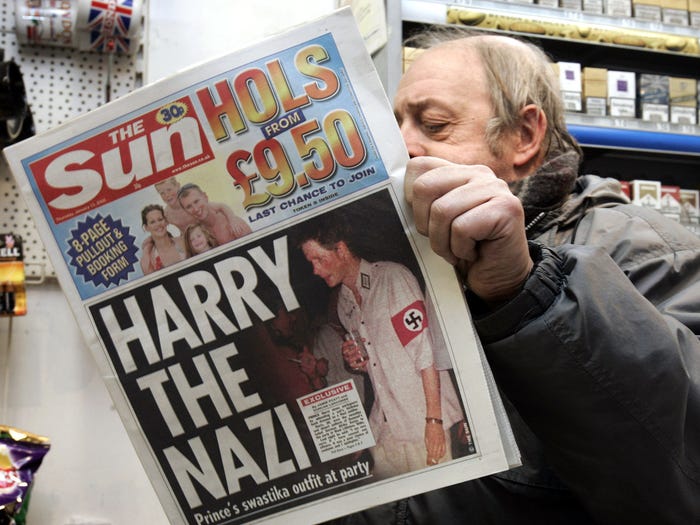 That was not all, though, and he came to the costume party dressed from head to toe as a Nazi soldier. This made a lot of people very furious. This costume act may just have started the feud that went on between the brothers for years to come. According to Prince Harry, he was coaxed by Prince William, into wearing the Nazi uniform to the costume party.

But only Harry had to face the consequences. This incident sparked the feud between the two brothers and might be one of the many reasons Harry quit the royal family. Harry released an apology for the situation and any offense caused by wearing the Nazi uniform. Hopefully, the brothers will reconcile in the future and forgive the things of the past.

After many years of an unhappy marriage, Diana and Charles got divorced after she told everything that was going on in an interview with journalist Martin Bashir. This urged the queen to ask her son and Diana to divorce, maybe to prevent it all from turning into a royal scandal and embarrassment for the whole family, especially the children. 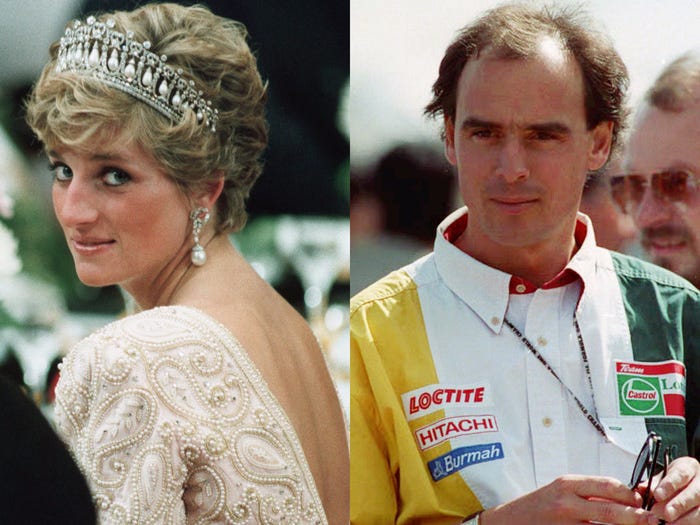 The things that were told were already embarrassing enough, with Prince Charles having an affair, as well as Diana being in love with another man. It turned out to be the best thing for them to get a divorce and move on with their lives. The main problem was what it was doing to their children, William and Harry.

The fact that Prince Charles was having an affair with Camilla turned out to be the truth. They got married in 2005 and are still together to this day. In this interview, Diana talked about the pressure that was put on them, and their public life may have caused a lot of consequences on her health and her personal relationships, as well.

Going a bit back into the history of the royal family, you may find that it is not just the new generations that had their share of marriage problems. The current Queen’s daughter and Prince Charles’s sister, Princess Anne, also divorced from her husband and married someone else after a marriage of nearly 20 years to Mark Phillips. 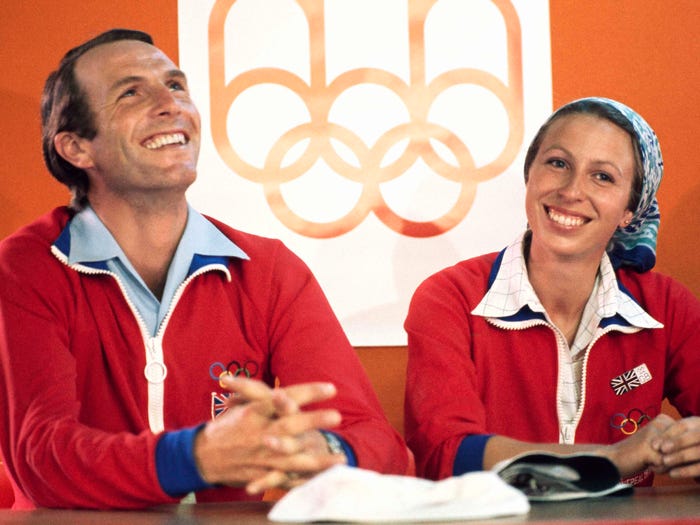 She simply announced one day in 1992 that she was going to divorce her husband and planned to get married to Laurence, her lover for a number of years. It seems that Queen Elizabeth ll has a lot of problems with her children. Anne and her husband were, according to sources, not happy in their marriage and spent a lot of time apart.

Apparently, their marriage fell apart in the ‘80s, a few years after they got married, and it turned into a national scandal. Anne and Captain Mark Phillips met each other at a party in Mexico City in 1968. They got married in November 1973 on the same day as Prince Charles’s 25th birthday, but they didn’t stay in love very long.

3. Princess Margaret and the Married Man

Going back a bit further, this may seem like an everyday thing in modern times that people fall in love with a married person and cause them to divorce. It was kind of a scandalous thing to happen to the royal family, especially when the man she fell in love with got a divorce from his wife.

This was none other than Royal Air Force officer Captain Peter Townsend, who spent a lot of time with Margaret while serving as an Equerry. Because they were together most of the time, these two fell in love. After he got divorced, he proposed to Margaret, but this was forbidden by the Church of England and was against their rules.

They called off the engagement in 1955 and both got married to other people, so there was no happy ending where they ended up together. Margaret got married to photographer Anthony Armstrong Jones shortly after the break-up. Unfortunately for Margaret, they divorced 21 years later after a long, unhappy public spectacle.

The rejection of the throne of England by Edward Vlll for the love of a woman may sound like a very romantic story in which he chose love over the throne. However, it was not all that romantic if you take a closer look at the life of this king of England, who ruled for less than a year after the death of his father. 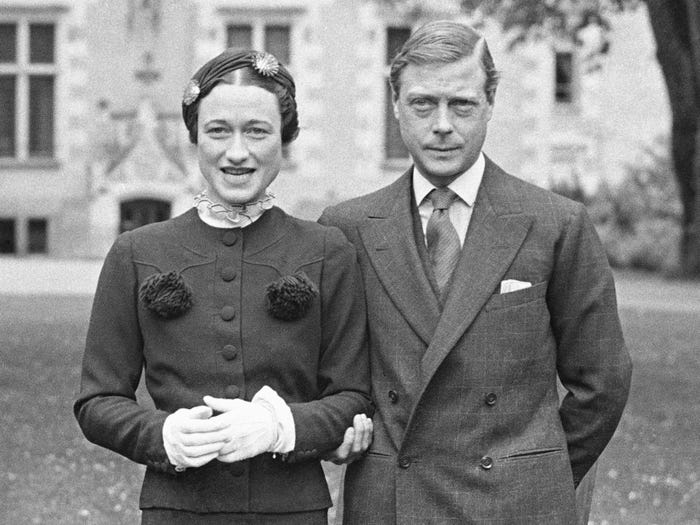 It all started with Edward becoming a party boy when he started attending college. According to close friends and other sources, he loved to party for long nights and later developed a taste for married women. It was during his time in the Army during WWll that he met a lot of women in Paris, where he loved to party while he was on leave.

It was also during this time of social life in Paris that he met Wallis Simpson, who was married to a businessman at the time that they started their affair. Edward was also in a relationship, but none of that kept them from getting together in secret until the truth finally came out and they appeared in public together.

Of all the scandals of the modern royal family, this is certainly the saddest of them all. This is the stage where secret phone calls were recorded from the alleged lover of Diana, James Gilbey, who, according to the published transcript of the conversation, told Diana that he loved her. 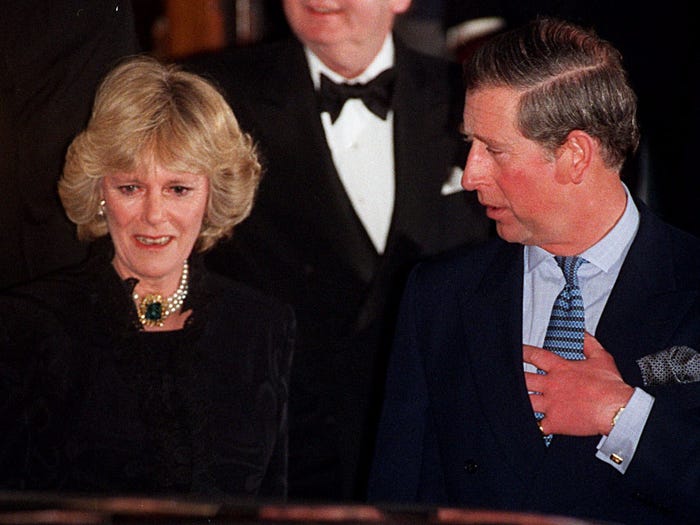 After the recording was published, Diana denied that it was adulterous but said the conversation was real. This happened in 1992 while Prince Charles and Diana were still married, but it gets worse. Not long after this phone call, Prince Charles was also recorded having a private conversation with Camilla, the woman he had an affair with.

The transcript of this conversation was published by an Australian magazine, and it turned out that they were romantically involved. Not long after this leak, Diana had that famous interview where everything was revealed. The marriage many saw on TV and everybody thought was a fairytale marriage came to a sad end shortly after.

The British Royal Family are humans, just like everyone else, which means that they are bound to be involved in scandals.

We hope that these scandals have kept you entertained and have proven that even the royals have to use the bathroom once a day. 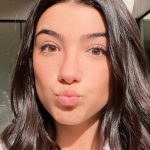 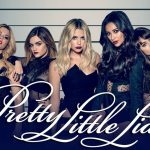 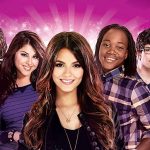 Victorious – How Are the Careers of the Actors from this Series Now?