Every great love has a great love story. The same can be beheld in the life of Justin Bieber and Hailey Baldwin, a star couple who made the world go crazy with their serene love story at such a young age. Let’s dive-in to their true love story, beloved by their fans as picture-perfect.

The Canadian musician and American model developed a close friendship prior to their romance, and once love bloomed, the road was not easy. Beginning with a formal introduction in 2009 to joining in holy matrimony in 2018, they set a picture-perfect example for their teenage fans.

Justin and Hailey first met on the set of the Today Show, when they were just in their pre-teens, thanks to Hailey’s father, the actor Stephen Baldwin, who introduced the two at the event. The interaction seemed to be a little ill-at-ease, but who might have known that this nervous meeting would one day bloom into a happily ever after.

The two destined companions came across each other again at the premiere of Justin’s film Never Say Never. The credit for this encounter again goes to Stephen Baldwin as he was the one to bring his daughter to the event.

This meeting was definitely more relaxing than the previous one as the pair smiled and photographed together for the public. Nevertheless, love wasn’t yet in the air because in the same year Justin announced his relationship with popular American singer and actress Selena Gomez.

2014 – The Year of Budding Friendship

After a romance that lasted two years, Justin and Selena officially broke up in November of 2012. During this time he began bonding with Hailey, and the two of them were often spotted at Hillsong Church in New York throughout 2014, along with their mutual celebrity friend, Kendall Jenner.

However, according to Hailey, it was only friendly and there were no sparks. She mentioned to E! News, “I’ve known him since I was so young—since I was like 13—and we’ve just been good friends over the years.”

To the world, their friendship was buzzworthy news, with the duo often spotted in each other’s Instagram posts and videos while having fun. Rumors about their relationship began when they were seen on vacation together. Both Justin and Hailey continued to deny a romantic relationship and called their bond ‘just friends’.

After relishing the time together in St. Barts, speculations of Justin and Hailey being more than just friends spiked. Surprisingly, the escalating rumors turned out to be true when Justin posted a snap of him kissing Hailey on New Year’s Eve 2016.

With this confirmation, it was a moment of joy for the fans who took great interest in their love story.

Every news handle carried headlines, and social media was abuzz about their unconfirmed relationship. The duo stole the limelight in 2016 with their passionate post and green signal to the emerging rumors.

February 2016 – Justin and Hailey Talk About Their Relationship

With everyone curious to hear, ‘Yes, we are dating’ from the pair, all the broadcast channels started asking them questions about their relationship. Surprisingly, Justin and Hailey both talked about the rumors in separate interviews and discussed their special bond in February 2016. However, according to them, they were not officially dating each other and did not want to commit to anything.

“We are not an exclusive couple”, said Hailey in an interview with E! News. Even though this left the fans in a dilemma, they sensed a ray of hope when Justin hinted at marrying Hailey in the future in an interview. He pronounced, “What if Hailey ends up being the girl I’m gonna marry, right? If I rush into anything, if I damage her, then it’s always gonna be damaged.”

While he sounded unconfident about his relationship with Hailey, his apprehension was surely a silver lining for a serene relationship in the future. Justin’s words were a display of respect for Hailey and the connection they had, and possibly a prediction of his future married life with his beloved.

Somewhere between February and August of 2016, Justin and Hailey parted ways. Both were disappointed with the fact that things did not end well between them. Hailey told Vogue, “Negative things happened that we still need to talk about and work through.” Hailey’s statement made it crystal clear that things were tense between the former couple.

Justin Bieber was soon connected to Sofia Richie, an American social media personality and a fashion designer, in August 2016, and they began dating not long after his split with Hailey. It seemed like a fresh start in the life of Justin, as he had even unfollowed Hailey on Instagram, but his relationship with Sofia was short-lived. Though Justin claimed in an interview with Billboard that they shared a special relationship, the two were no longer together by the end of September 2016.

Afterwards, in a three month span from August to October, Justin was rumored to be connected to three more girls: Sahara Ray (swimwear model), Bronte Blampied (Australian model), and Paola Paulin (model/actress). This was a shock to fans who were hoping for Justin and Hailey to reunite once again.

To fans who were already reeling from seeing Justin seemingly move on so quickly with other girls, the news of a reunion between him and Selena Gomez came out of the blue. Justin and Selena’s former relationship was thought to be reignited after he was seen hanging out with mutual friends at Selena’s house.

Their relationship got a little more limelight in the news when Selena was seen cheering Justin on at a hockey game in Los Angeles. Soon, Us Weekly confirmed to the world that the two of them had begun dating once again.

But who could have known that all this was not forever? Justin and Selena called it quits in March 2018. Confirmed by E! News, the on-again, off-again relationship between the two came to a head for unknown reasons.

After meeting at a conference in Miami by Rich Wilkerson Jr, Justin and Hailey reconnected. They confirmed their relationship in an interview with Vogue by saying that they were past the drama and sorted out the things on a happy note.

Later that month, the two found themselves in passionate love. Their public, whirlwind romance and a beautiful relationship was praised and adored by their fans, with the couple was often spotted at church, in clubs, and everywhere else together.

Their relationship was on the top of the world and their fans felt smitten when catching the sight of pictures taken during a vacation the couple took to the Bahamas. It didn’t take long for the public to notice when Hailey was photographed wearing a dazzling diamond ring on her left finger.

The proposal was all speculation until Hailey confirmed via Instagram a year later that Justin had proposed to her on July 7, 2018. It was not completely official until both fathers of Justin and Hailey shared their happiness through tweets and other social media outlets.

Whatever the situation was, the quick and secret engagement came out as a surprise, yet seventh-heaven news, for fans of both celebrities.

Two months after getting engaged, the couple was spotted at the New York City Marriage Bureau. Even though it was not announced officially, that sighting, captured by paparazzi, fed a spike in speculations of a possible imminent wedding.

After a secret courthouse wedding affair in September, the pair denied being married until Justin officially introduced Hailey as his wife on Instagram, with the caption under a candid shot, ‘My wife is awesome.’  Everyone took it as an official confirmation of the fact that Justin and Hailey were now happily married together.

After moving in together, claiming their secret wedding a real fact, and naming each other ‘Bean’ and ‘Bubba’ in Instagram captions, they finally decided to host their official wedding celebration.

On September 30th, 2019, Justin and Hailey exchanged vows in South Carolina with celebrity guests like Kendall and Kylie Jenner in attendance.

Fans of the couple had a magical day to attribute to the couple’s wedded bliss, another act in their fairytale love story. A week later, Justin shared a post of them in wedding outfits with a caption, ‘Till Death Do Us Part.’

Carrying on With Love

Despite the uncertain journey, their happily ever after continues. It’s been over two years since their secret wedding, and the Biebers never fail to make people smitten by their true love.

From their romantic Instagram posts, to Justin’s dedication of songs to Hailey, they prove that a love like a fairy tale does exist. 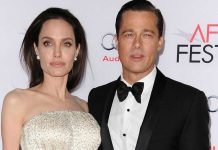 See the Most Surprising Separations of Famous Couples