Zoe Kravitz is the daughter of actors Lenny Kravitz and Lisa Bonet. She will appear in the upcoming movie “The Batman”.

In the movie, she will play as Catwoman. Numerous popular actresses have played the fictional character.

Zoe is used to playing in action movies. Known for her performances in “X-Men: First Class” and “Divergent”, she is expected to have a significant influence on the movie.

She was born in Los Angeles on the 1st of December in 1988. Besides being an actress, she is also a singer and a model.

As a singer, Kravitz plays in the band “Lolawolf”, formed by herself, and released an album in 2014, called “Calm Down”. She collaborated with a variety of popular artists, such as Drake and Janelle Monae.

Her modeling career is successful, as well. She modeled for Calvin Klein, Balenciaga, Alexander Wang, and other big companies.

The Batman will emerge on the screens in 2021. The movie is produced by DC Films and distributed by Warner Bros. Pictures.

The main character is the popular superhero “Batman”, and it is the 11th movie from the DC Extended Universe, at the desire of producers and fans to restart the franchise.

In the production, they plan to reintroduce numerous popular characters, both superheroes, and villains. The Penguin, Batman’s old rival, is expected to show up in the awaited movie.

Catwoman is a fictional character who makes her first appearance in the comics books published by DC Comics. In 2004, the first and the last Catwoman movie emerged, and people loved it.

The personage story is based on vengeance. Selina Kyle (aka Catwoman) was killed after she found the secret about a cream against aging. She was brought back to life by a couple of cats, offering her their mystical powers, turning her into Catwoman.

Nothing was disclosed to the fans about the Catwoman role for the upcoming movie. Kravitz revealed that she goes through a grueling training process for the role, as she features in a lot of action sequences.

Kravitz’s acting career started in 2007 when she was still in high school. Her first title was the romantic comedy movie “No Reservations”. With over 13 years of working in the industry, she can be considered a professional and hard-working actress.

She played only in high quality and popular movies. Zoe portrayed one of the lead roles in both HBO productions, “Big Little Lies”, and the new romantic comedy “High Fidelity”. Mostly playing in comedies and action movies, she was also involved with a few classics, such as “Fantastic Beasts: The Crimes of Grindelwald” and “Mad Max”.

Acting being her main passion, she learned from the best. At 18 years old, she worked with Bruce Willis for “Assassination Of A High School President”. After that, her career turned around and became successful.

The post-apocalyptic movie was a success. Zoë Kravitz plays the role of “Toast the Knowing” who is one of the “Five Wives”. Despite the success, Zoe revealed that the set had some “bad vibes”. She confirmed that Charlize Theron and Tom Hardy were not as tight as their characters and did not get along well.

The cast had to work in the desert for 6 months, therefore she got used to playing hard roles. Her role in “Mad Kafoury Road” is only one of her other big appearances on the screen.

She is about to make her first appearance in a DC production. Despite some fans’ doubts, because of her previous roles and the fact that she never played in such movies, she mostly received a good reaction online.

Many Batman fans consider that the best Catwoman role was played by Michael Pfeiffer in “Batman Returns”. As Zoe is about to make her first appearance, people expect a great performance and to keep the standards high.

In an interview, she praised the script by calling it “phenomenal”, making fans impatient to learn more about her role. She announced that she feels supported by all previous Catwoman actors.

The actress is expected to bring new, unexpected traits to the Catwoman role, due to her experience and previous roles. It is a long-awaited movie, and she plays a well-respected role from the DC Universe. Fans are looking forward to the movie, and everybody is eager to see Zoe Kravitz perform! 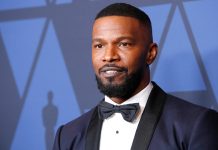 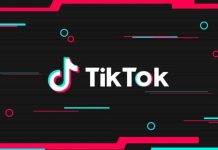 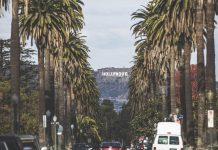